DOES ANYONE ELSE HAVE… 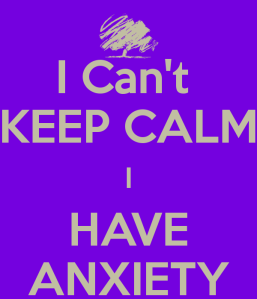 VEHICLE STRESS?  For some unknown reason, my ability to pick, fix, look or buy and vehicle causes me extreme anxiety.

So this weekend as I was driving home from having a lovely day at the zoo with my grandson, my VW engine broke.  I had to have the  vehicle towed from Portland down to my house in Eugene  100 miles.  Two days later I had it towed to a repair shop that I have frequented more than I would like to admit.  One day later I am selling thus VW to the shop I had it towed to, because fixing it would cost more than replacing the car……ugh!!!

I actually have to admit that my  ex husband was correct that I should never have purchased the vehicle I did.  I have to eat mud and listen to him thinking from far away “I Told You So”.

So, I have looked at cars non stop since Sunday, and at this point I have an extreme headache.  I don’t know how a pile of metal can cause me so much anxiety and distress.  I guess I could ride my bike the rest of the year, which would be good exercise and with the weather as nice as it is right now, I don’t mind so much.  BUT…and this is a big BUT…. I will not be able to go on some of the fly fishing outings I had planned on going if I do not find a vehicle.  I also love driving my daughter to school and home everyday~she is much to large to sit in a bike seat on the back of my bike…. I MUST FIND A VEHICLE.

Tonight a very kind person that has done advertising for the restaurant for many years offered to drive me around to look at cars.  First stop was a car that I thought maybe a good choice and within my budget.  I met him in the parking lot of a grocery store…. and the whole thing was a bit shady.  He had a trip permit tag on his car and the actual stickers on the license plates had been scratched off.  He was wearing a gross  tank top that showed all the tattoos he had on his chest….which he must have had added in the last year because he was not much older than 18.  He told me he was having the car detailed before I looked at it, well if he detailed it then I think they missed quite a bit.  It had a check engine light on, but he said it was just a minor fix of air conditioning recharge.  He asked me to test drive it before I said no to the car.  We went around in a loop and the car ran like poop.  Other word would be inserted here, but I am trying to keep it g rated.

Anywhooooooo  well I am going on the fourth day of being carless.   Another day coming up where my bike will be my only option (this is ok) I need the exercise.  But how do you know without buying new what kind of car to get.  I would love to have a car I used to own= 2003 Mustang Convertible.  That was indeed my most favorite car besides the very first car I owned, an old Ford F100.

Does anyone else have anxiety about vehicles?  Any anxiety, or am I the only strange person on this planet?

5 Responses to DOES ANYONE ELSE HAVE…

The Latest Trends in Fashion and Beauty

Australian Traveller that loves to "Roam" our globe, creator of ENDLESSROAMING.COM sharing the experience through word and photography. Currently residing in my home of Newtown Sydney

In still moments by the sea life seems large-drawn and simple. ~ Rolf Edberg