I had to make a tough decision last night that I don’t wish on anyone.

I had my midterms so my telephone was off. I was excited about how everything went and was getting my phone out to report the good news when I saw I had a few voicemails and text messages.

My heart sunk immediately. I knew something was wrong. As I listened to the messages I immediately broke down.

Teddy had been struck by a car on a busy road by my house. He was at the Emergancy Vet clinic and I was to come immediately.

When I arrived both my children met me outside in the parking lot. Jake explained to me that he had been struck by a car and his back leg was in bad shape. They had a private waiting room waiting for us.

As I entered the room I knew it wasn’t good. We passed a waiting room full of people and were brought to quiet room.

Not much time passed and the lovely doctor came in to discuss his prognosis.

“We will need to amputate his left back leg, which is okay because dogs can usually make it with three legs okay.” “But, there maybe damage to his right hind leg which would make life impossible for him” she said as calmly as possible. See she had taken X-rays already and saw a bit of damage to his spine. Could be genetic to his breed or just because of his age.

I knew at this point I needed to see him. I asked if I could and she replied, “yes”.

They took us back to this area that housed many dogs and teddy was in a bottom oxygen regulated kennel of sorts. He was bandaged up and laying down, not in much pain because he had received medications.

I kneeled down to open the small opening to pet him. He popped his head up and reached his front arm out to me. Almost in his reassuring way as he done so many times before. He just left it on top of mine as I talked to him.

So, back to the waiting room and I asked what the chances were he would be okay even with his amputation. She said slim.

I knew right then I should have him put to sleep. They got the paperwork together for me to sign. Probably the hardest piece of paper I have ever signed.

The doctor asked if I wanted to be present for the lethal injection. I said, yes. We went back to his special kennel and now they had him covered from shoulders down with a red wool plaid blanket.

She opened the door and asked if I wanted to say anything more before she gave him the injection.

I did, so much to say to him, how much I wanted to tell him I was so sorry he was hurt. How thankful I am he has been part of my life for the last ten years. Truly my best friend. He couldn’t wag his tail but I knew he could hear me.

She started the dose and I continued to pet his face and talk. He closed his eyes and went silent almost immediately. The soctor took her stethoscope and listened at his heart. “He is gone”, she said. I stood up and gave Jake and Al sometime

We found our way to the front door. Jake told me it was nice to see him go in such peace. It brought a good end to a tragedy.

I will miss my dear guy. I have posted many many times about him on my blog. He will never be forgotten. 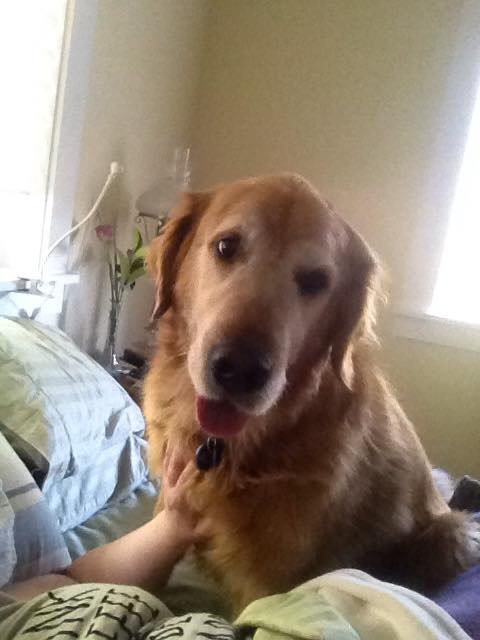 For Fashion and a Whole Lot More

Australian Traveller that loves to "Roam" our globe, creator of ENDLESSROAMING.COM sharing the experience through word and photography. Heading to the USA this coming June